Six Millers Point properties to go on the market

The NSW State Ministers for Family and Community Services and for Finance announced in the weekend media that six social housing premises at Millers Point will go on the market shortly.

The properties are identified, oddly enough, in the UK-based Daily Mail (graphic below). 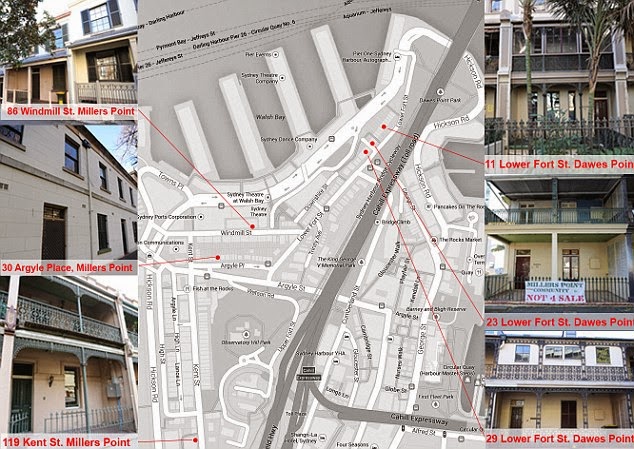 'For every house sold in Millers Point, you could build three houses in many other suburbs in Sydney.'


This gives the impression that for every house sold, three will be built – for a net gain of two houses per sale. However, the NSW State Government has not committed to any such increase in the stock of social housing. In a briefing on the State Budget, the FACS Secretary stated that whether there would be any net increase in social housing would be 'line ball'.

The properties in Millers Point are of important historical significance for the people of New South Wales and we don’t want to rush the planning or sales processes....

We want to maintain as much of the culture and aesthetics of the Millers Point precinct as we can, and it will be incumbent on prospective buyers to preserve and respect the history of the area.


'We don't want to rush'? The NSW State Government proposes to sell 214 State-heritage listed properties in 18 months. We think something has got to give.