Millers Point tenants have made submissions to the NSW State Government as it continues to review social housing in the area. 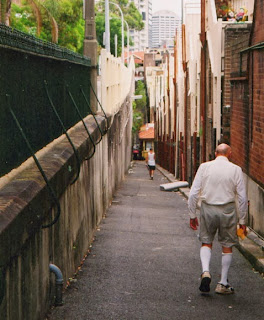 Two groups have made submissions: the Millers Point Public Housing Tenants Committee (MPPHTC), and the Committee of Residents Elected by Millers Point, Dawes Point and the Rocks (CoRE). They take different approaches, but both are strong testaments to the local community's determination that social housing in Millers Point must be retained. We've read them, and commend them both.

The MPPHTC's submission is straightforward: keep Millers Point as social housing – and, in particular, as public housing. Amongst other things, they make an interesting point about security of tenure and expectations. Long-term tenants at Millers Point – some of them go back many decades, even generations – recall being assured that they should regard their homes as theirs for life. This assurance was given by the previous government landlord of the properties, Maritime Services, when many of the tenants or their families worked in maritime industries or other occupations in what was in some respects a government town. Tenants say they've regard that expectation of security like other people might regard superannuation: as security in their post-work lives.

The CoRE submission also recommends, in the first place, keeping Millers Point as public housing. But CoRE presents an alternative recommendation: if Housing NSW must get out of Millers Point, let tenants stay put and bring a community housing provider in. With the pro bono assistance of the consulting company Sphere, they've crunched the numbers and shown that a community housing provider, with increased rental revenues from tenants' receipt of Commonwealth Rent Assistance, and a limited program of property sales (between 35 and 66 sales over five years, depending on the scenario), could repair the remaining properties to an appropriate standard and manage them as social housing on a sustainable basis.

It is fair to say that not everyone in Millers Point is at ease with the idea of any further property sales, or a different type of social housing provider – but the fact that the CoRE tenants are prepared to do some hard thinking and look at uneasy options says a lot about their commitment to keeping social housing in Millers Point. It is an impressive proposal and deserves further investigation with collaboration from all stakeholders.